If you’re looking for a beautiful, low-maintenance tree for your property, pear trees seem to fare particularly well in Connecticut.  Pear trees bloom in spring with pretty white blossoms that often yield edible fruit in fall, so while there’s some work involved, there’s great payoff!

Pears are a great choice for a fruit tree because, historically, they have tended to be more disease- and insect-resistant than other fruit trees, including apple trees. There is also a tremendous range of varieties to choose from, whether your priority is size or the type of fruit you prefer.

Unfortunately, this year, pear growers are experiencing some unfamiliar challenges. A new blight known as “Pear Trellis Rust” has been affecting trees all over our area. This disease, which effects most kinds of pear trees and juniper trees, is new to New England, but has been seen before in parts of the US, and is common in both Canada and Europe.

Pear Trellis Rust is an unusual fungus in that it requires two hosts – pear trees and juniper trees – to complete its life cycle. Through a complex process, mold spores that grow on junipers can only infect pear trees, and vice versa. The damage for pear trees is far more obvious and more devastating than they are for the juniper. The University of Connecticut shared a blog post about the fungus that describes the infection in clear detail:

In the spring, spores are produced in orange gelatinous masses on galls on the juniper host.  These spores infect newly expanding pear leaves.  Young fruit and twigs can also be infected.

Symptoms on pear begin as yellow to orange spots on the leaves.  Spots may enlarge and become bright orange-red during the summer. By midsummer, tiny black pimple-like dots will appear in the center of the spots on the upper surface of the leaf. In late summer, brown blister-like swellings will appear on the lower leaf surface just below these. Acorn-shaped fruiting bodies called aecia arise from these swellings. The sides of the aecia split open forming a trellis-like structure that gives this disease its common name. Spores (aeciospores) from the aecia are released until leaf drop and cause new infections on susceptible junipers.  Juniper twig infections result in small, spindle-shaped galls that often cause little damage to the juniper. Galls produce gelatinous masses of spores each spring for several years beginning the second spring after infection and these spores infect pear, completing the life cycle.

Treatments for this blight are limited. In some cases, standard treatments for leaf rust have worked. However, this can’t be relied upon 100 percent of the time, much to our dismay.

Here’s what does work:

Prevention is much easier by comparison. For starters, plant only disease-resistant junipers. Cultivars of Juniperus squamata, J. horizontalis, and J. communis are recommended. (A good garden center or arborist will be able to help!)

It’s also recommended, if you must plant both pears and junipers, that they be at least 1000 feet apart. For many property owners, this means choosing one or the other – and insuring that neighbors within 1000-foot range haven’t planted junipers if you were hoping to plant pears.

Generally, pear trees are easy to grow and maintain, and – as long as there aren’t any junipers growing nearby! – they’re hardy and resistant to most diseases and insects. There are beautiful varieties of ornamental pears like the Cleveland Select, and it’s worth noting that fruit-bearing trees like Bosc, Beurre D’anjou and Bartlett  can also be grown successfully in Connecticut. With that in mind, here are a few tips for planting and growing a healthy pear tree:

Keep in mind, even if you follow instructions to the letter, it will still take three to five years to grow your first crop of pears if you’ve opted for an edible variety! They’re not a lot of work, though, and between the beauty of the tree and the sweetness of the fruit, pear trees are well worth the effort. 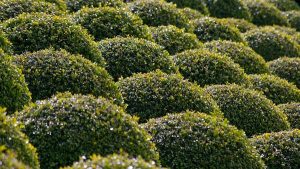 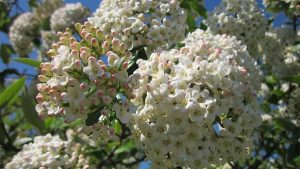 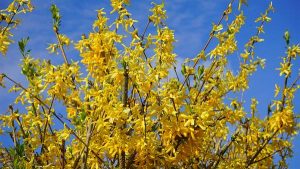 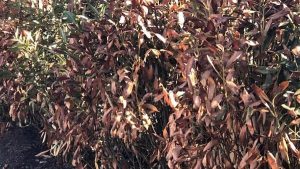